In the UK, the word "Pantomime" stands for a theatrically themed performance which traditionally is enacted during the Christmas holiday season and early January. Most cities and towns throughout the UK have a form of Pantomime at this time of year. The origins of British Pantomime or "Panto" as it is known date back to the middle ages, deriving some of the traditions of the Italian "Commedia dell’ Arte, the Italian night scenes and British Music hall to produce an intrinsic art form that is constantly adapted to survive up to the present day.

Pantomime has been attempted abroad, usually with a small amount of success. Not surprisingly it has proved popular in countries such as Canada, Australia and South Africa- recently a production of "Babes in the wood" ran at the Rainbow Seven Arts Theatre in Harare, Zimbabwe! In America this very British art form has fared less favourably, although in 1868 a production of "Humpty Dumpty" ran for over 1,200 performances at the Olympic Theatre, New York, making it the most successful Pantomime in American history.

Pantomime, as we know it today is a show predominantly aimed at children, based on a popular fairy tale or folk legend. The most popular subjects being "Cinderella", followed by "Aladdin", "Dick Whittington" and "Snow White".

Although a typically British thing I have searched our team to see if there are any items that could be perceived as anything, however remotely, to do with a 'panto' theme! So here goes!! 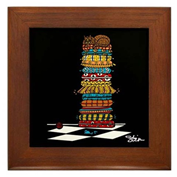 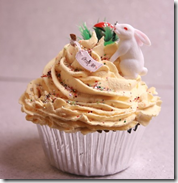 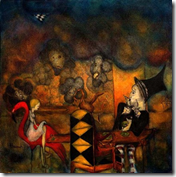 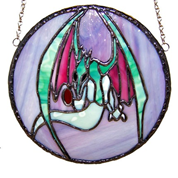 It has been quite hard to get real Pantomime themed items relating to fairytales so please excuse the rather tenuous links! However, I know you will enjoy this selection.

Thank you for that interesting slice of life during "panto" season, and for including my tea party print.

Lovely post! Very informative! I've always had a love affair with the costumes, masks and sets from the Commedia dell’ Arte. Your 'panto' selections are wonderful and I'm honored to be included with my Little Strawberry House! Thank you!

This was so much fun (and informative) to read. Thank you for using one of my designs (Cat Prince on Pillows) to help celebrate the Panto Season. Thank you!

Beautful work and a wonderful art lesson. Takes me back to our visit to Quebec where I saw pantomime for the first time in person. Fantastic fun :)
Thanks,
Suz